Battle for top graduate talent has never been fiercer

The competition for top graduate talent has never been higher. According to a series of new reports ‘The Must-Know Student Recruitment Trends for 2019’ candidates on average, apply for graduate schemes with 29 different employers.  As a result the number of applicants per graduate scheme has reached an all-time high with companies within the financial and professional services sectors having to deal with over 250,000 applications and other sectors typically receiving applications from 50,000 graduates.

According to the report competition is not just tougher for the recruiter, but also the candidate. Three quarters of students are interested in graduate programmes but only 1% of graduates applying for schemes within finance, advertising and professional services and major retailers were hired in 2018, falling from 2% the previous year.

These falls can in part be attributed to the fact that 2017 saw the first global drops in graduate recruitment, the biggest since 2009.  With fewer graduate jobs to go for, graduates are applying for more than twice as many positions compared with 10 years ago in the hope of increasing their chances of being hired.

Charles Hipps, Founder and CEO at Oleeo, comments: “As the chances of reaching the offer stage falls and the number of places available on most graduate schemes decreases, it is clear that graduates are becoming worried about their future prospects. It’s no wonder that many are responding to this by increasing the number of roles they apply for. This is creating a big challenge for recruiters – who are facing larger volumes of applications to deal with.

“This has left employers in a race against time; they must not only go through all of these applications to find the right quality talent who will fit with their business, but they must secure these graduates ahead of everyone else. Intelligent Selection is key here. That means smart recruitment systems that not only score and screen applicants but can also enable employers to ensure candidates are kept engaged and nurtured during the end-to-end application process.”

Claes Peyron, MD at Universum, Nordics and UK, agrees: “When the percentages being hired are so small, candidates will naturally lean towards the first offer they receive – accepting it while they consider their other options – again making companies vulnerable to reneging. To avoid this it is vital that companies are at the top of their recruitment game in terms of how they deal with candidates, every touch point needs to be right.”

Oleeo’s research highlights some areas where employers could easily make improvements, for instance nearly a third (30%) of all graduates abandon the recruitment process mid-application, finding it too lengthy.

However graduate recruiters are making gains in other areas. The gender gap has closed significantly – 58% of all graduate scheme hires were male versus 42% female in 2018. This compares to 69% male and 31% female the previous year. The public sector is the best performer, achieving 50/50 gender equality. The engineering, retail and advertising sectors are still struggling with gender bias – with 70% of graduate scheme places going to men.

Race equality has also improved, with the proportion of black candidates being hired doubling over the past 12 months. However, this group does still only accounts for 6% of total hires. Asian applicants also saw a rise in hire rates in 2018, increasing from 13% to 16%.

Hipps concludes: “It is fantastic to see some of these numbers change so dramatically over the space of a year. That said, there is still plenty of room for improvement. The introduction of innovative technology within the recruitment space has played a massive role in facilitating this diversity shift – and there’s a lot more still to come. I foresee even bigger changes over the next few years in terms of attracting, engaging and securing top talent, as Artificial Intelligence and Big Data continue to open up new possibilities for proactive recruiters.”

How Does Recruiting Software Work?

Recruitment software is a fantastic tool to aid you in your recruitment drive for your business. Whether you have a...
Read More

What Software Do Recruitment Process Outsourcing Organisations Use?

Recruitment Process Outsourcing organisations rely on software to help them find the best candidates for their clients, but learning how...
Read More

What Are the Benefits of an Applicant Tracking System?

Applicant Tracking Systems are used to help businesses organise and manage their recruitment process from start to finish, and is...
Read More

How does recruitment benefit the finance sector?

With greater emphasis on skill sets and precision for hiring the most qualified candidates, Oleeo makes sure you can choose the most experienced talent from your candidates.

Time To Set Up a New ATS: Here’s Why

Learn why now is the right time to set up a new ATS to transform your recruitment process.

Is Psychometric Testing Right for Your Business?

Add psychometric testing to your hiring process to reduce your shortlist, accelerate your time to hire and find top talent with ease.

Discover the power of AI and how it can supercharge data-driven recruitment.

Discover the importance of and how to create a successful diversity council for your organization. 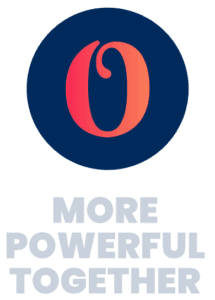